Building models help a lot when designing a new construction, as it is easier to make a detailed analysis when seeing a large scale model and make better decisions. In Maquetas Tech we review the plans and documents before building the model to make a correct scaling, and thanks to this, the final result will have the perfect size to represent the details with the highest quality. 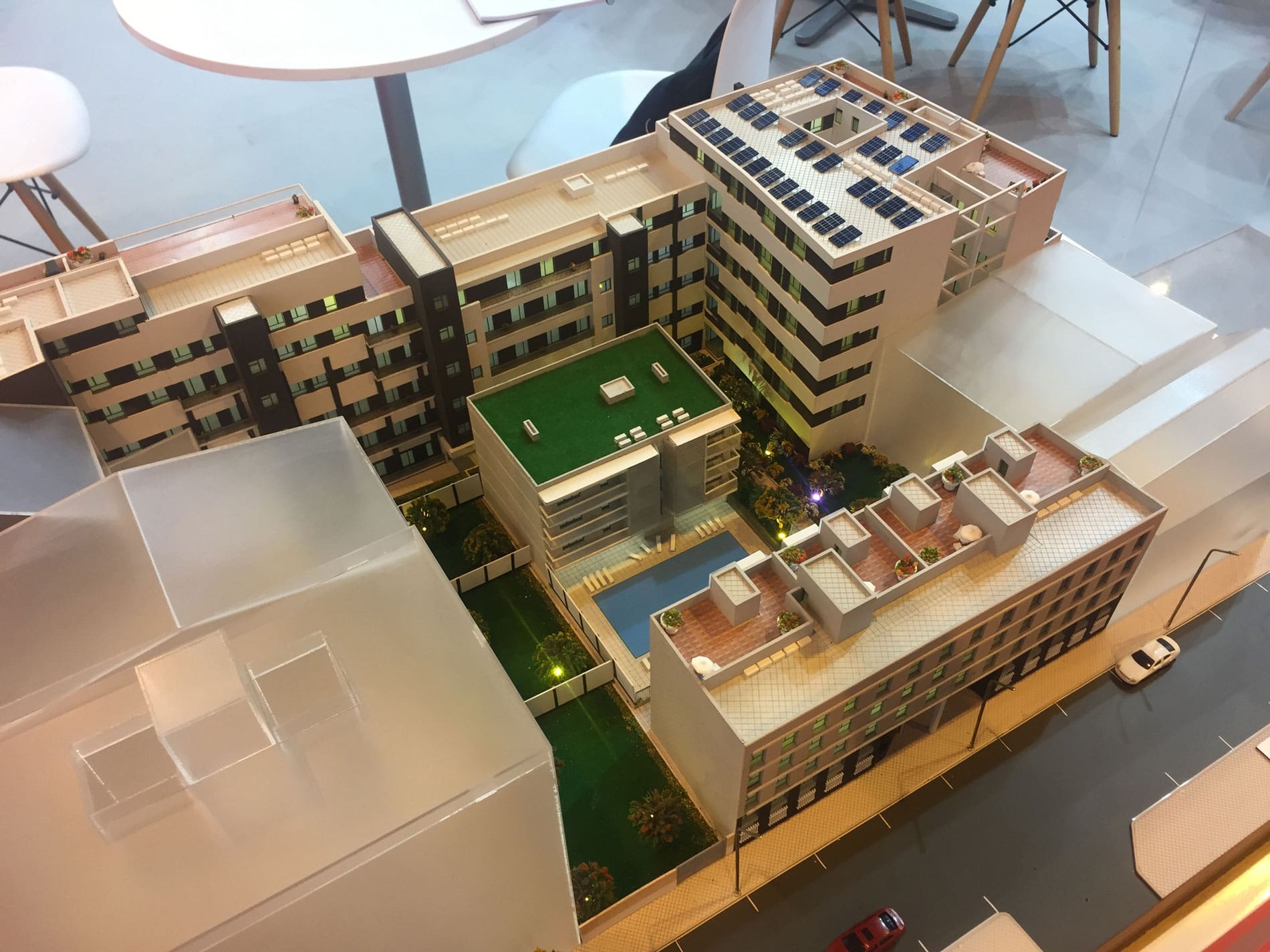 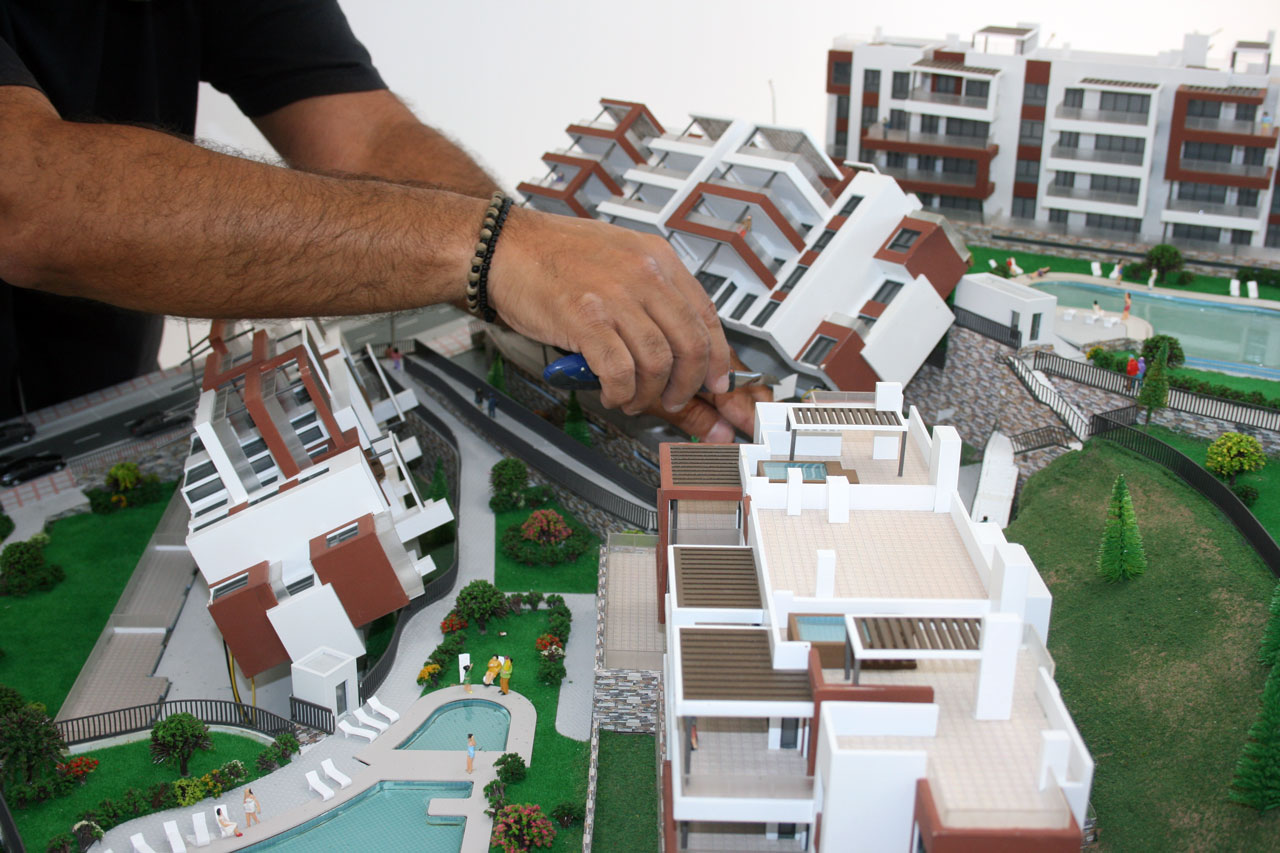 This type of models are built with the aim of using them as prototypes of buildings for sale for construction companies, developers and real estate companies. Real estate development companies are the ones that use this type of models the most, as they attract a lot of attention from the general public. In addition, they visualise more realistically what the building will look like.

As with real works, for each construction a series of different techniques and materials are needed. In Maquetas Tech we have model builders who make models of buildings with great detail and 100% customisable, depending on the type of project you need. 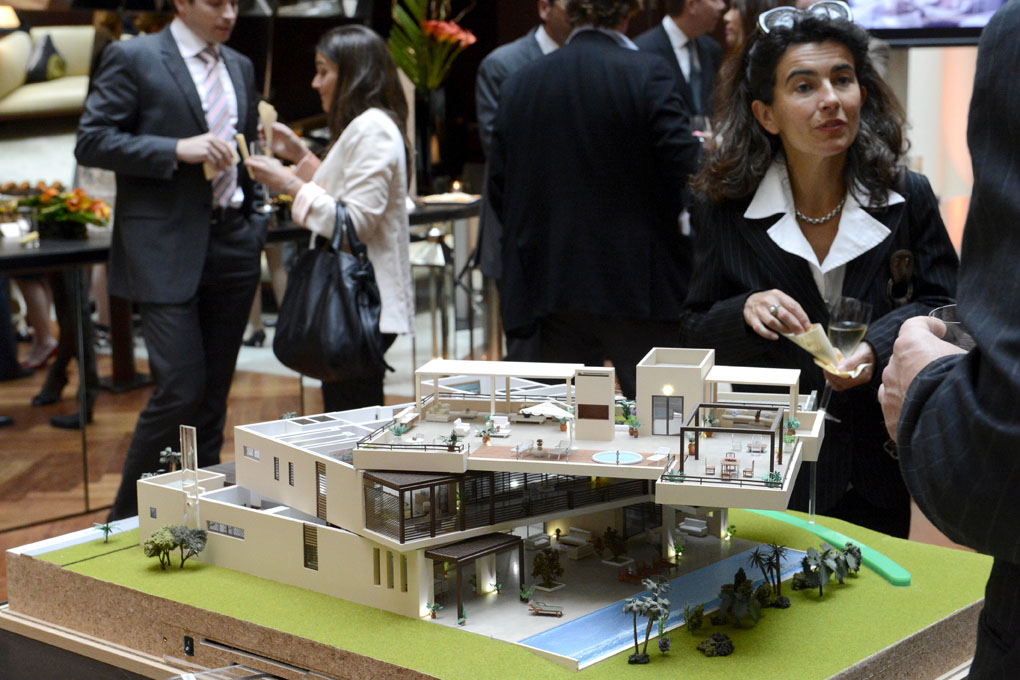 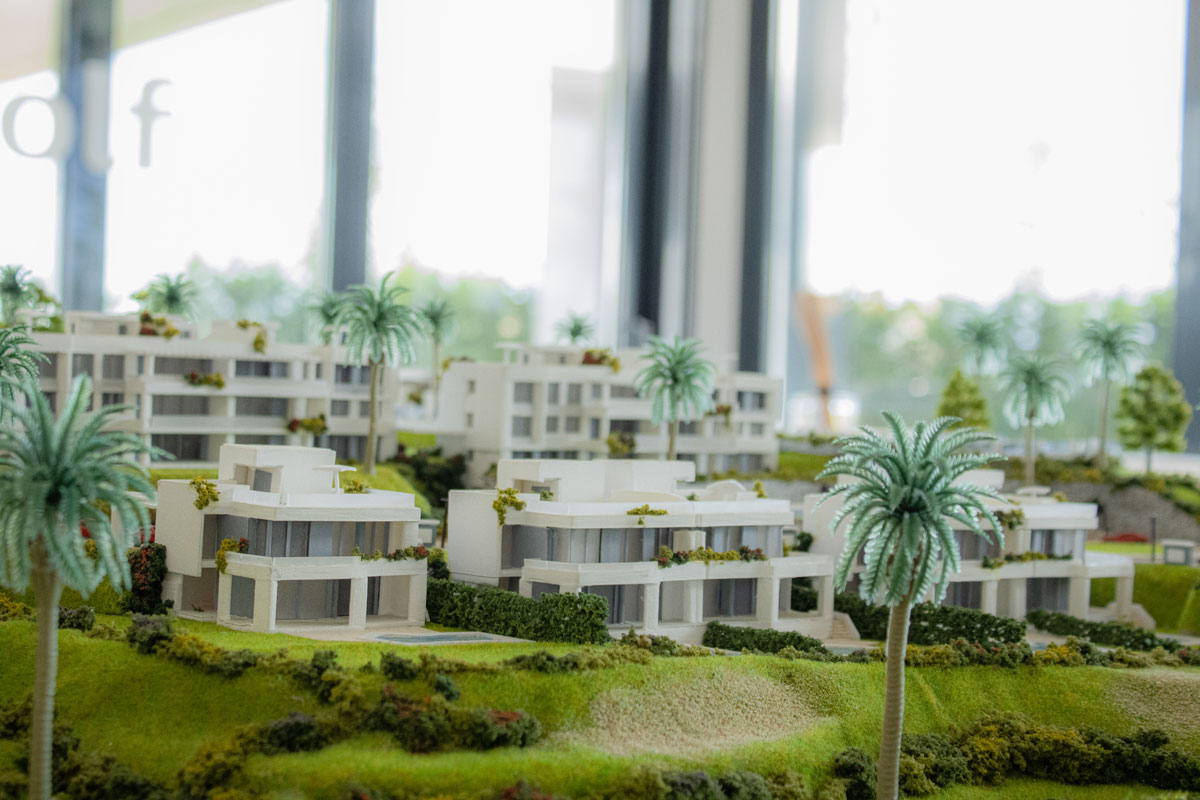 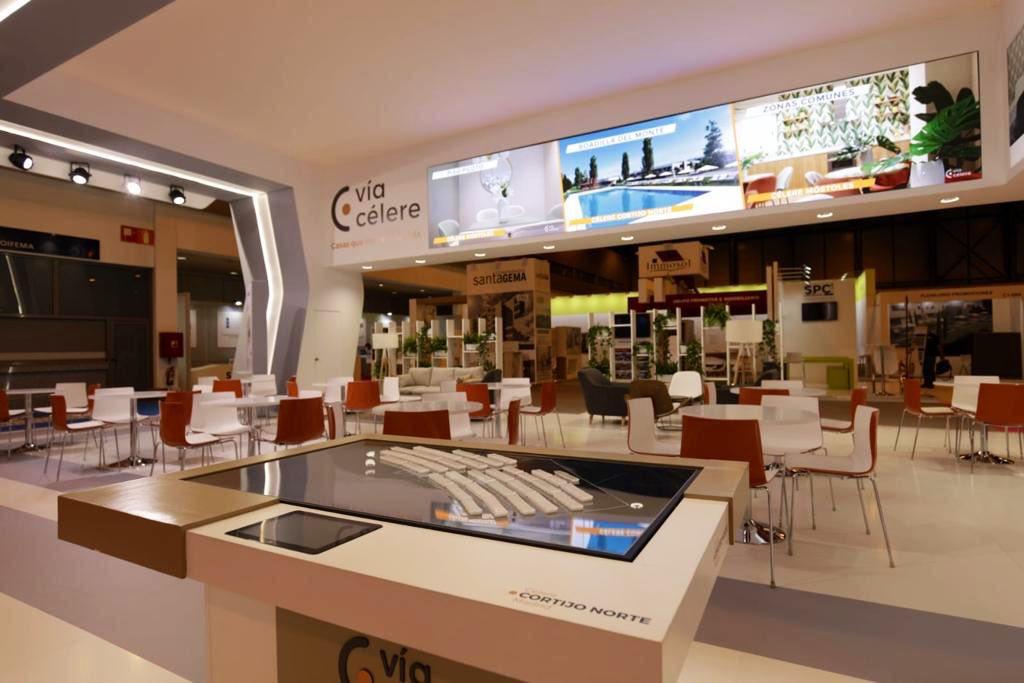 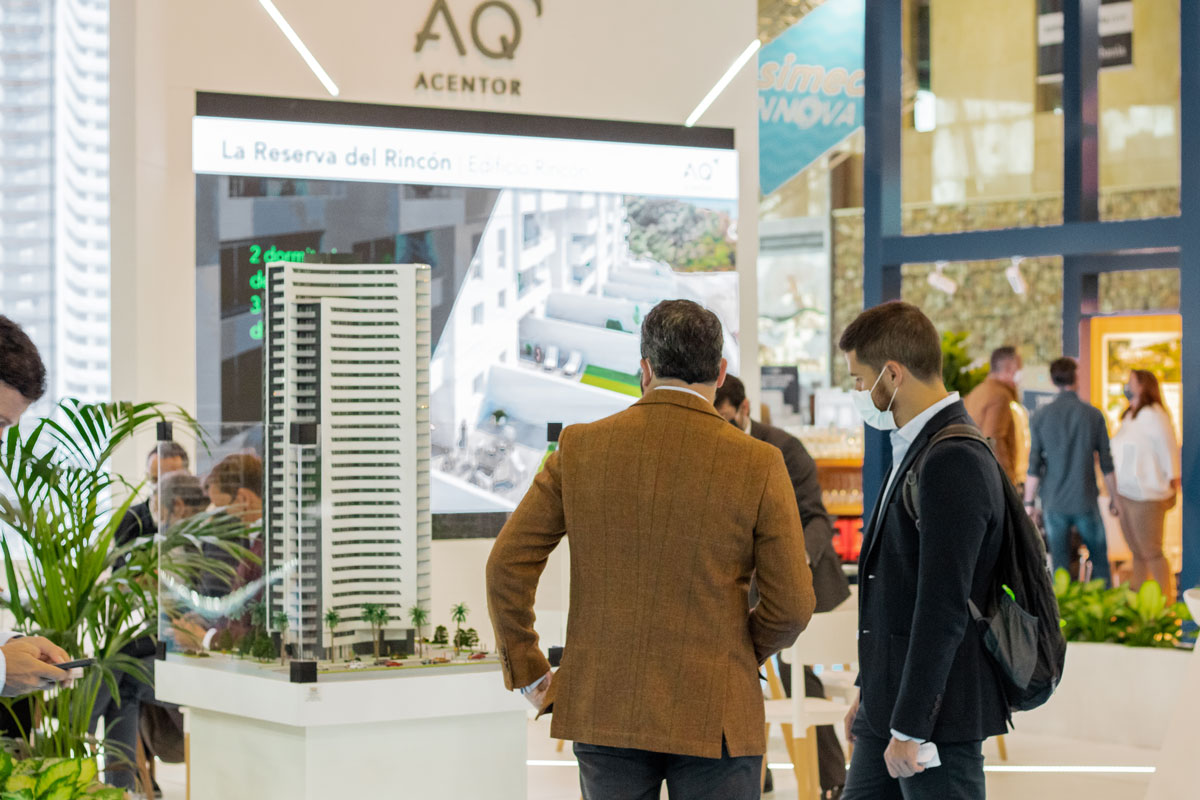 Materials and techniques to make models of buildings.

For building models we use high-precision laser cutting machines to obtain clean-cut pieces and more complicated curved pieces. With the laser technique we can also make engravings without cutting, a very interesting technique to make different textures and reliefs. On the other hand, thanks to 3D printing we can create the initial structure of the model, and nowadays it is very common to find models made 100% with 3D printers. 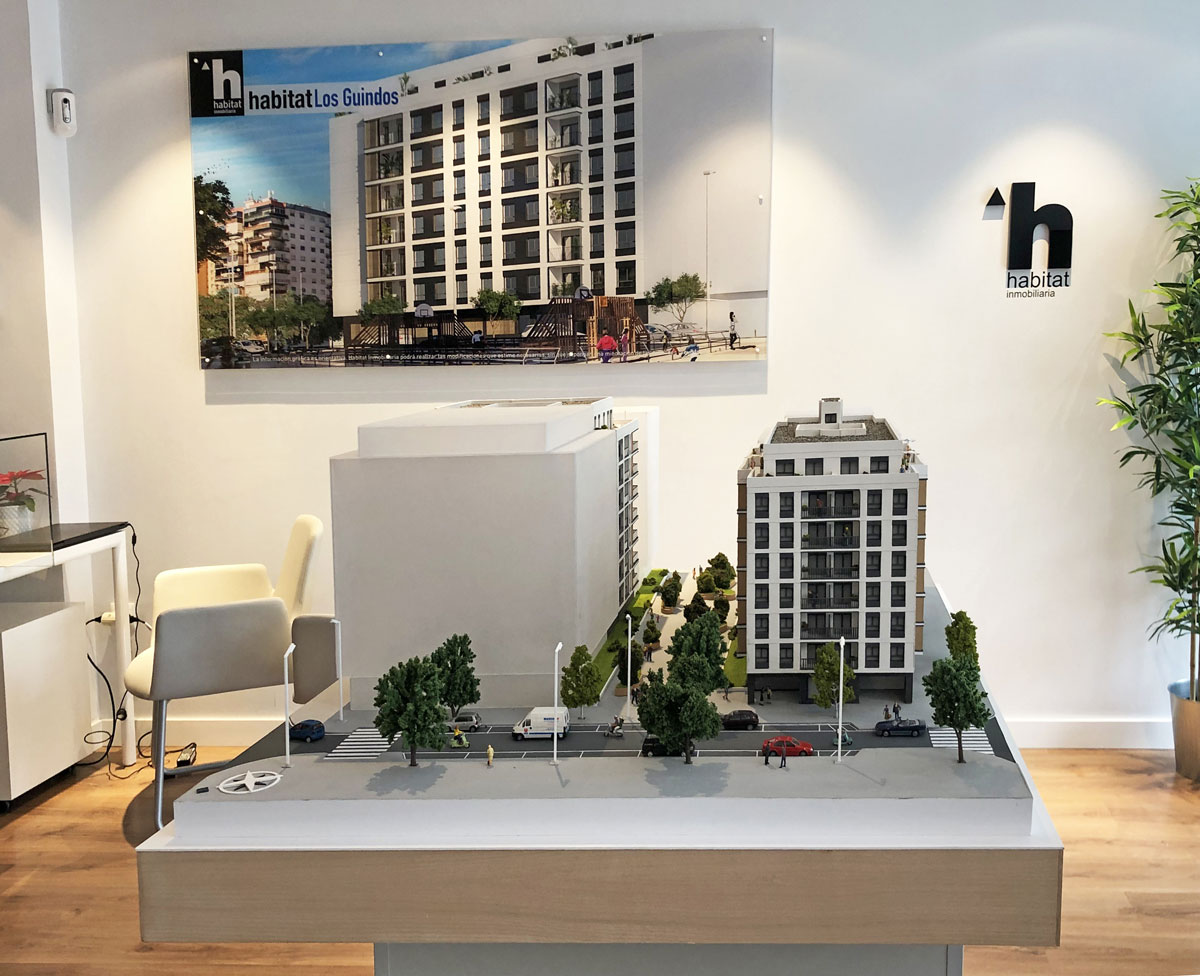 Construction models can be made with all kinds of materials, such as plastic, methacrylate and different types of wood.

Phases in the manufacture of building

1. Concept and prototype of the model.

Concept and prototype of the model.
It is essential to have a sketch where to express the first ideas that arise and for this the best thing is to create a prototype before constructing a model of a building. This sketch is usually made by an architect who has previously designed the plans of the building, so we could say that the first step would be the development of a very basic model to represent the idea and shape of the project. That is to say, to build the skeleton of the house without taking into account the scale. It is like a first contact to discard or accept the elements that will make up the work, and to make the necessary changes a priori.

Once this has been done, the prototype model is prepared, where the proportions and scale of the building are taken into account. In this prototype, the details of the decoration or textures are not added, but it is a simple model where only the basic aspects of the building are represented, such as the walls, windows, ceilings, doors, etc.

2. Creation of the areas surrounding the building.

For a model of a building to fulfil its purpose, it must resemble reality and impress with the quantity and quality of the details. This is why it is not only the building that must be considered, but also the surrounding environment.

In the case of Masterplan models, in addition to depicting the exterior areas, such as the garden or the road, the surroundings are often reproduced on the same scale. Therefore, the dimensions and reliefs of the real terrain and the surrounding area are taken into account to create a topographical model on which the model of the building is placed.

What makes a big difference in the final result of a building model is the level of detail. In addition to the importance of the interior design of the homes, it is extremely important to represent how the communal areas will be, the swimming pool if it has one, the gardens, the parks… Everything that will make up the urbanisation where the building is located. That is to say, it is the moment to take into account the colours, textures and other decorative elements that the real building will contain.

With these details, the final public is impressed, that is, the client who comes to the construction company or real estate developer to look for a new home. In addition, to make it look as real as possible and not just a toy, mechanisms such as movable floors, lighting or mechanical movements are often incorporated into the building models. What technology does is to facilitate the work of promoting these models and very spectacular results can be achieved.

You can learn more about what cookies we use or disable them in the settings.

This website uses cookies so that we can provide you with the best possible user experience. Cookie information is stored in your browser and performs functions such as recognising you when you return to our site or helping our team understand which parts of the site you find most interesting and useful.

If you disable this cookie we will not be able to save your preferences. This means that each time you visit this website you will have to enable or disable cookies again.